Adeptus of the Wizard's Tower

Adeptus Uaaru, better known to her students as Professor Uaaru, teaches comparative religion at the University of the Study of the Arcane Arts and Sciences. Additionally, she is a noted naturalist, having engaged in research projects with Headmaster Jepson and Baron Hook. Adeptus Uaaru’s students can be found in the far-flung corners of the Sorrowfell Plains, gathering samples and information.

Although Professor Uaaru speaks little of her life in Carcosa, interested parties are directed to The Forgotten Commands, her book on the geography, history, and wildlife of Carcosa. As with most accounts of Carcosa, the book paints a fairly bleak and tantalizingly incomplete picture. Persistent rumor suggests that funding is on the horizon for an expedition to Carcosa, although the truth of this rumor seems unlikely.

Much to the surprise of the fencing classes, Professor Uaaru is proficient in several types of ranged and melee weapons in addition to her skill with ritual magic. Certain references to “summoned creatures” in The Forgotten Commands suggest that she is a skilled sorcerer, although given the accounts of vile Carcosan sorcery, this fact may imply startling revelations about Professor Uaaru’s character. 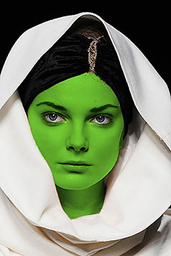