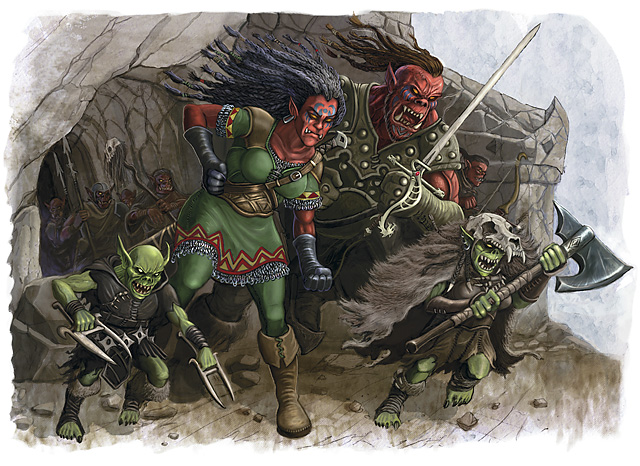 (Image retrieved from http://deadscribe.wikispaces.com/npcs on November 15, 2011.)

The Wordbearers are part faction, part adventuring group. Existing to the far north, the Wordbearers wish to restore the once-great goblin society, bringing civilization to their savage kinfolk.

The Shields of the Sorrowfell originally met a group of Wordbearers in their search for the pieces of the Ashen Crown. Captain Kalaes and the noble families of Sorgforge wish to have the moderate faction in charge, and so convinced the Shields to lend their aid to the Wordbearers. The group they met, led by the hobgoblin Yeraa, traveled with them through the tombs of Six Kings and the city of Graywall.

That is, until they were betrayed by Tikulti (in the above picture, he’s standing next to Yeraa, holding his jeweled rapier).

Another group of Wordbearers have since contacted the Shields of the Sorrowfell and have regained possession of the Ashen Crown. 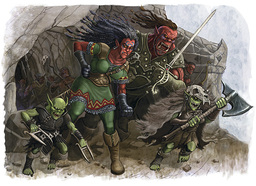