Laughter is a noble and Parliamentarian on behalf of House Helltalon. A devotee of Erathis, she is a strong proponent of the rule of law, the enforcement of a just government, and a city’s duty to its citizens. She came out in favor of the Shields of the Sorrowfell after the Battle of Scandshar, saying that we must clearly trust in the gods’ judgment in matters that are beyond mere governments.

Image retrieved from https://www.reddit.com/r/DnD/comments/9axfa9/art_my_noble_background_tiefling_bard/ on December 23, 2018. 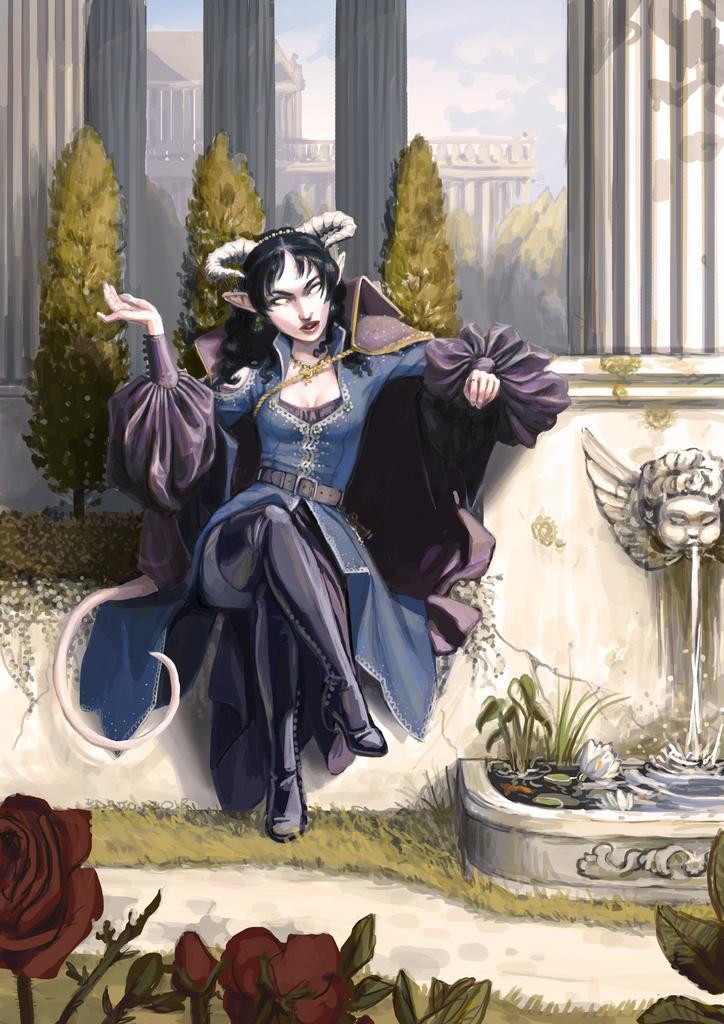