It’s not every day a lovely and mysterious woman appears in your hotel room, but it happened to Bezaldooz. Having just returned from a victorious battle against Vilustuminen the White, Bezaldooz was awakened in his inn room by a presence.

This presence was a female vampire, and she offered him immortality, so that he might have more time for his studies. He refused, wanting time to consider this, but he did accept her tutelage.

She knows…things. Forbidden secrets, best left untouched by mortals. Bezaldooz accepted, and now is a little more knowledgeable than before.

Of course, why did she choose Bezaldooz? What is a vampire doing in Duchy Jepson? And why did she refer to “we” at one point in the conversation?

Are there more of them?

Like that old saw says, “When the student is ready, the teacher will appear.”

Bezaldooz would later learn that, yes, there are more of them — Magister Remegni of the Wizard’s Tower revealed himself as a vampire, and indicated that this mysterious woman is one of his associates, a woman by the name of Jansaadi Claasen. 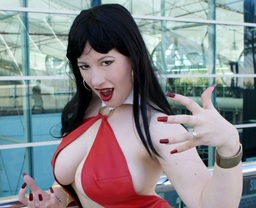