Treona is a mystic acting as advisor to Kiris Alkirk. When the town fell, the two established a tower outside of the village of Dawnslight, primarily in the hopes of plotting their return.

When Treona heard of the exploits of Bosabrieln, Emma, Peren, and Torinn, she recruited them to collect the final Slaying Stone so that it could be destroyed.

They were successful, and she seemed grateful.

It would appear she also has some familiarity with the other party seeking the Slaying Stone, a Dreus Matrand. However, it was suggested that they have possibly never met.

Image retrieved from http://frloudwater.blogspot.com/2011/08/loudwater-area-npcs.html on November 15, 2011. 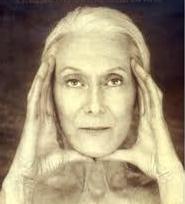