The noble efreeti Padishah Nurhan Solak was a minor lord of the deepearth, one of the so-called “Deep Janeen.” According to the tales, he disappeared into the mists of Underdark history seventy or eighty years ago, and was forgotten. (Appropriately so, given that “padishah” is a title well above the efreeti’s station.)

Forgotten, that is, until Torinn found Archmagus Iandak Voiddrake’s tower in the Astral Sea and learned that it was Iandak who removed the Padishah, having bound him into a magic sword. And there he is trapped: bound in the appropriately-named Cage until someone either frees him or uses all three of his wishes.

As one might expect, the Padishah is displeased about this arrangement, and will likely seek vengeance on anyone who uses the sword without immediately freeing him. Granted, since his affairs are no doubt in disarray from being neglected for nearly a century, it is not clear what allies Nurhan could bring to bear… 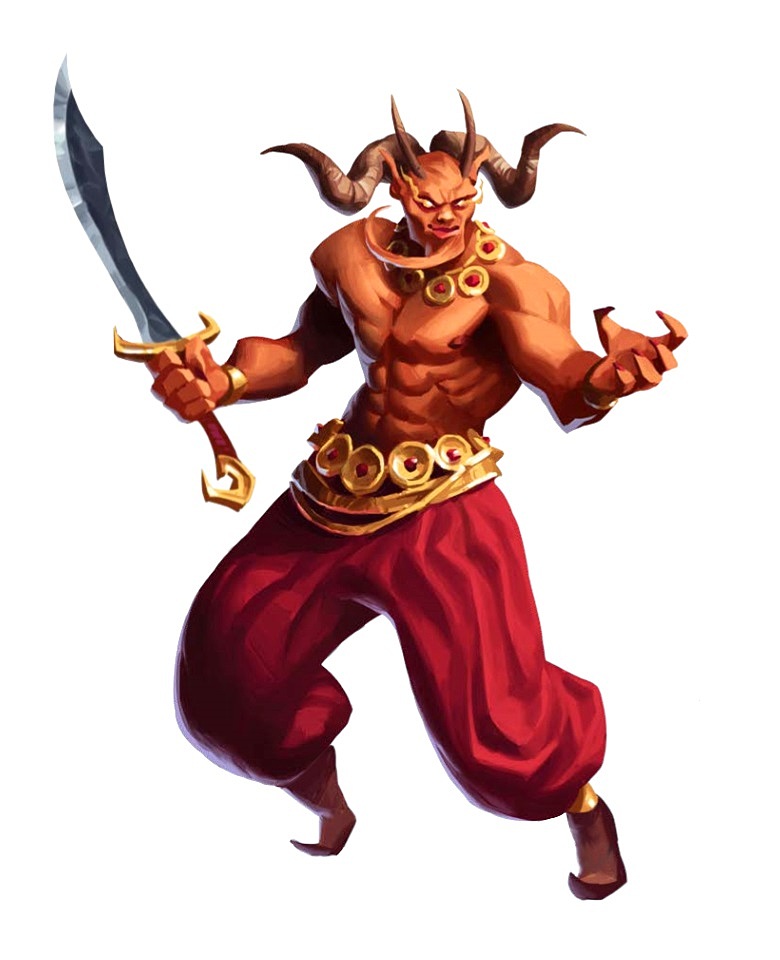