Old Tom is a legendary beggar who wanders the streets of Scandshar. He is known to be disheveled and unwashed, typically mumbling broken sentences into his filthy beard. He somehow survives, despite appearing to have no way of caring for himself.

According to rumor, Old Tom committed some grave infraction against the Illustrious Menagerie of Peacocks. In retaliation, they drove him mad, and left him alive and homeless as a warning to anyone who would cross them. Supposedly, anybody who harms Old Tom will disappear; he is clearly meant to suffer and act as an object lesson to the Peacocks’ enemies.

Strangely, people have been telling Old Tom stories since around the time of the Cackledread Wars. Assuming that’s true, he’s been in this state for fifty years, and hasn’t appeared to have aged in all that time. Clearly, he did something terrible for the Peacocks to curse him so.

Of course, it turns out that was all a deception: Old Tom is none other than Bogdan Dorgumir, operating undercover to keep tabs on the Illustrious Menagerie of Peacocks. 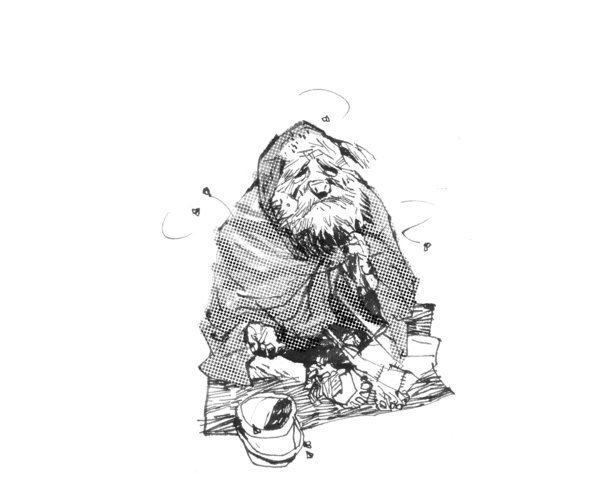