Melody is an eoshee, a “faerie nightingale” from the Feywild, raised among the folk of the Sorrowfell Plains. Adopted by the half-elf bard Varian, she studied under him and traveled with him, learning the harp and lyre, as well the shortsword and longbow.

Varian passed away a few months ago during a journey into the mountains, but Melody survived. She was apparently imprisoned there, and her captors forced her to attract victims with her beautiful singing voice. Since that time, her voice bewitches those who hear it, evidently some manner of divine curse.

…so she believes, anyway. According to Vianibrar, Varian found a harpy egg and raised it as his own daughter, using magic to alter her features. He spread tales of the eoshee so that she would have a place in this world without being harmed, but ultimately, she is physiologically a harpy.

Fortunately, all’s well that ends well. When she sought Bosabrieln’s intervention to remove her curse, he transformed her into an eoshee with a true polymorph spell such that her “curse” is now lifted.

So it would seem the eoshee exist after all.

Weirdly, she seems to know Gerald. He and his companions are evidently the ones who rescued her in the mountains. 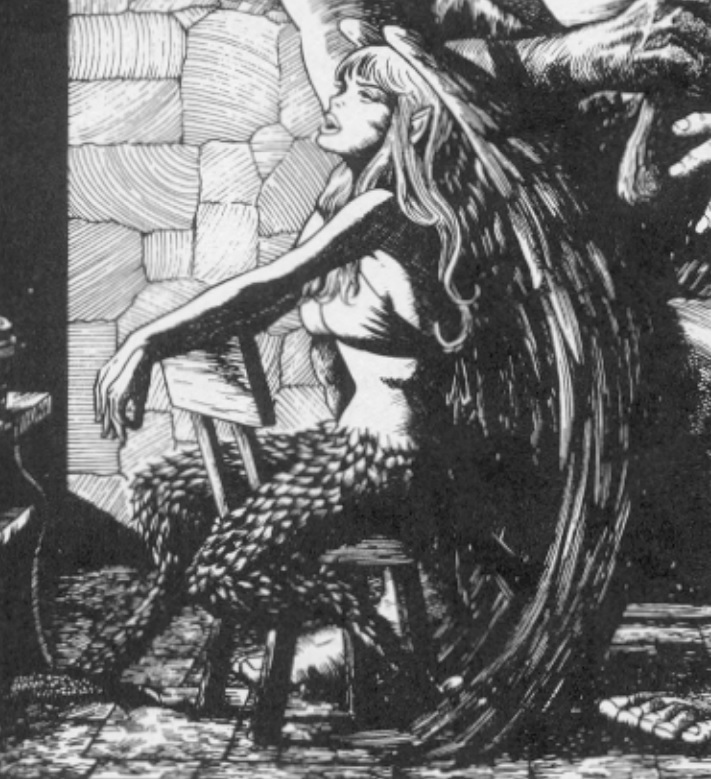