Lazghul the Lich-Lord, better known by his ostentatious title, “The Opal of Chaos with Teeth of Jet and the Dress of Silence,” is a legendary bogeyman who has not been seen in half a century. A long-time villain in the Sorrowfell Plains, Lazghul seems to have a habit of making himself known every few years or decades, rearing his ugly head and hatching some inscrutable and half-mad plot. The last time he appeared during the Cackledread War, he was defeated by the Covenant of Gold, an adventuring party at the time led by the tiefling paladin Baarziduul the Valorous. Lazghul has not been seen since his apparent “death.”

At least until recently; his return suggests the Covenant of Gold was unable to find and destroy his phylactery. The Shields of the Sorrowfell encountered him in the Underdark, when he gave them information regarding Barnabus Sleet’s companion, Pete Loudly. They were initially going to engage in a deal with him — delivering the survivors of Caveghost Clan to him in exchange for safely transporting all the escaped slaves — but thought better of it and reneged on the deal.

Which I’m sure won’t have any repercussions whatsoever. 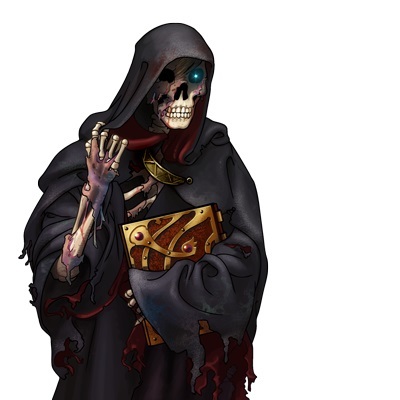