Darstina Tallcrippler is an agent of the Zookeepers who engaged in infiltration of the Illustrious Menagerie of Peacocks on behalf of Count Finlay Brissot.

Initial insertion was successful, and she began climbing through the ranks. However, the Zookeepers lost contact with her after several weeks. Count Brissot contacted the Shields of the Sorrowfell in the hopes of retrieving his lost agent.

Fortunately for all parties involved, the Shields of the Sorrowfell were successful in recovering Darstina. She has since returned to Count Brissot and issued her report. She is likely headed for parts unknown for further information.

Given that the Shields subsequently defeated Kiaransalee at the Battle of Maldev, Darstina Tallcrippler’s soul is presumably now free to return to wherever souls go after death…

Image retrieved from http://scalesrevisited.blogspot.com/2012/05/halfling-art-post.html on August 29, 2012. 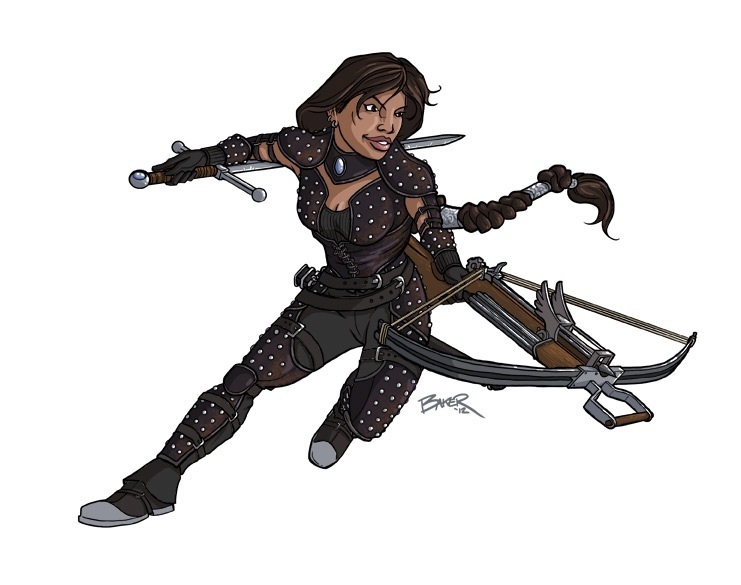