Bonatos is a quasit from the Abyss. Summoned by Bezaldooz when the wizard started studying demonology, Bonatos acts as his familiar. It is apparent, however, that Bonatos is not a particularly obedient familiar — when Bezaldooz let him go in Scandshar, he used the opportunity to leave and go beyond Bezaldooz’s control, only returning when it suited him.

Likewise, when Bezaldooz lost consciousness in Skyfall delve, he regained consciousness to find that Bonatos was trying to make a break for the exit.

After being a constant companion to Bezaldooz for several months, Bonatos was slain during the Battle of Scandshar, annihilated by the necrotic power of Kiaransalee.

Given that Kiaransalee’s power was destroyed in the Battle of Maldev, Bonatos is no longer annihilated, and might even have reformed somewhere on the Lower Planes…

Image retrieved from http://www.baxaart.com/conceptthumbs.htm on August 4, 2013. 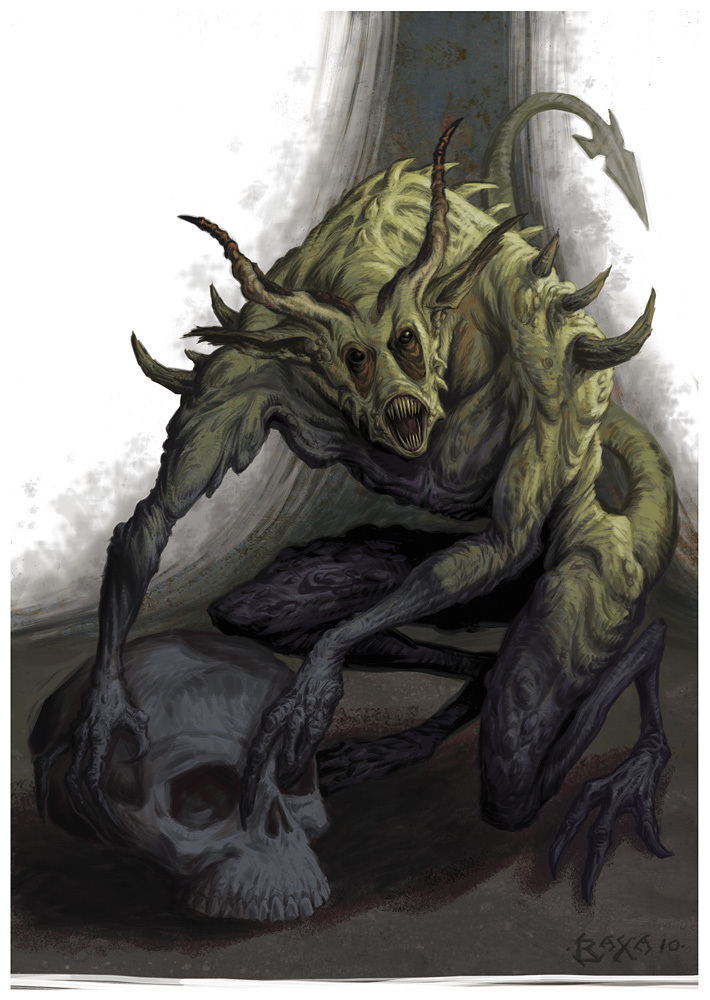