A wizard from the University for the Study of the Arcane Arts and Sciences in Duchy Jepson, Bezaldooz is a scholar and notable magician. Seeking his homeland and his kin, Bezaldooz set out on the road to do a little research on the kruthik populations in Sorgforge and ran into his old acquaintence, Emma. He’s been traveling with the Shields of the Sorrowfell ever since.

Recently, Bezaldooz made contact with a mysterious woman who offered him forbidden knowledge and eternal life. He initially declined the latter but accepted the former, although he has subsequently accepted both.

Time will tell where his path leads. 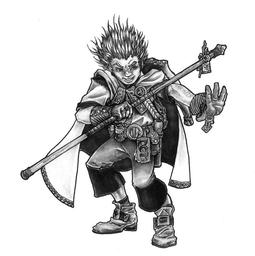