Auberyon, the Solstice King, is a fey lord representing the death and rebirth suggested by the Winter Solstice. He is also a lord of the Wild Hunt, having sympathy with dogs and wolves and antipathy with prey. A ​being of pure carnal appetites.

Apparently allied with the Court of Fallen Leaves, the Solstice King allied with the Shields of the Sorrowfell in their fight against the Khan of Nightmares as he apparently thinks the umbral blot the Khan controls is an abomination that must be destroyed. (This brought him into temporary alliance with Tetposmeton, who would see the Khan destroyed and feels neutralizing the umbral blot is the best way to do that.) 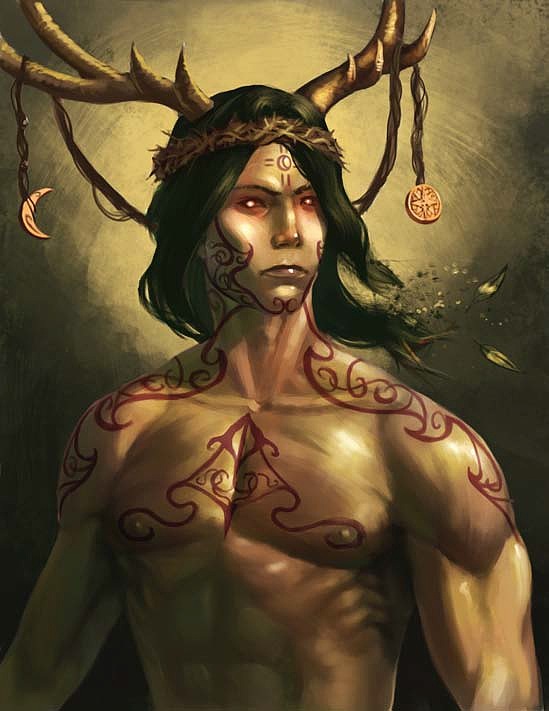